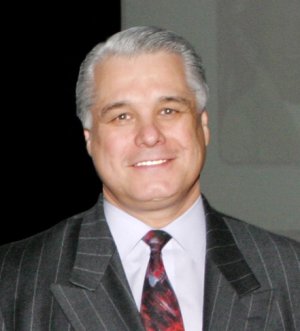 Robert E. Bard is the president and CEO of LATINA Style Inc., a position he assumed in October 2001, after the untimely passing of his spouse and business partner, Anna Maria Arias, founder, editor & publisher of LATINA Style Magazine.

In his twelve years leading LATINA Style Mr. Bard has been able to expand on the influence of the company by creating the Anna Maria Arias Entrepreneurship Awards, a national recognition program for Latina entrepreneurs, further developing the four signature programs of the company; the LATINA Style Business Series, the most successful ongoing business development program for Latina business owners in the nation; the LATINA Style 50 Awards and Diversity Leaders Conference,  reporting on the top 50 companies for Latinas to work for in the U.S.; the National LATINA Symposium recognizing Latina achievement in all areas and professions; and the Distinguished Military Service Awards, honoring outstanding Latinas for their military Service. In 2012 LATINA Style launched two additional programs: the LS Hero Program focusing in the reintegration and re-assimilation of military personnel leaving the service and entering corporate America or launching their own businesses and the College Beat Series a program dedicated to empower and inform Latinas in colleges and universities.

Mr. Bard is a graduate of the MALDEF Leadership Training Program and is actively involved in the endeavors of the Hispanic community.  He serves on the Board of Directors of Parents Step Ahead, an organization created to enable parents to get involved in their children’s education, on the advisory boards of HITEC, one of the premiere organizations providing services to Hispanics in the technology field, the Women of Alpfa, a leading organization empowering Latinas in the accounting and financial field and is the acting Chairman of ANSO, the Association of Naval Service Officers.  In May of 2011, Mr. Bard was recognized by the Chief of Naval Operations with the prestigious Admiral Farragut Hispanic Diversity Champion Award for his work to improve and promote diversity in the military community.

Mr. Bard is married to Ms. Lupita Colmenero, publisher of El Hispano News and Founder of Parents Step Ahead Foundation in Dallas. Mr. Bard is a graduate of the California State University at Northridge and completed postgraduate studies at the University of California in Los Angeles, leadership programs at the Tuck School of business, Harvard and Yale Business Schools. He is a native from Chile and is fluent in Spanish and French.