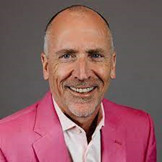 John Dathan is certainly well known in the tech sector and not just for his commitment to diversity and inclusion initiatives. When John walks into a room he turns heads with the flash of hot pink. “It’s not pink, it’s fuchsia”, he quips with a warm grin.

By branding himself in the corporate color, John Dathan epitomizes the inclusivity and generosity of Insight Canada.

Agreeing to sponsor Young Enterprising Women meant offering two Canadian high school STEM-focused students the chance to attend a conference that is known as the voice of female entrepreneurship in North America. The Enterprising Women Foundation’s emphasis on STEM has grown into a widely recognized initiative and until very recently was for U.S. students only. While at the conference, scholarship winners attend workshops, lectures, and have mentoring sessions with women already well-established in their own STEM and entrepreneurial careers. Winners attend a special Gala Luncheon where they are recognized for their accomplishments and future ambition and deliver a short speech that they’ve been coached to prepare.

“Having Insight Canada be a part of the Enterprising Women family is wonderful!”, says President and Publisher Monica Smiley. “They’re such a lauded, important company in the tech space, doing so much for women. We welcome them with open arms!” 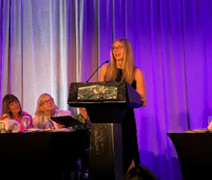 Receiving this opportunity meant the world to Kaylee Quigley, a 17-year-old high school student in her final year from Bowmanville, Ontario, population 38,000. “I learned so much from the amazing female mentors who attended the conference! The biggest takeaway experience is that there is not one direct path you must take to get to where you want to go. There are ways I can customize my career plan, so I’m told to take life one step at a time and see where it takes me. Honestly, I increased my confidence in such a welcoming, inclusive environment!”

DEI in the DNA of INSIGHT 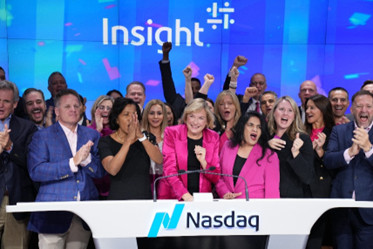 A “welcoming, inclusive environment” is in Insight’s DNA.

The inclusive culture at Insight isn’t because their C-suite happens to be led by a majority of women, as remarkable and ground-breaking as it is to be among just four Fortune 500 companies currently led by an all-female CEO/CFO team. It’s not because it was named Forbes Best Employers for Diversity and America’s Best Employers for Women 2022 or Fortune’s 100 Best Workplaces for Diversity, or that the Women’s Forum of New York recognized Insight for their 30% Female Board representation. The latter, also a ground-breaking feat. Simply, Insight’s diverse and inclusive culture exists because, as Sarah Mpenza, Diversity, Leadership and Organizational Development Manager at Insight, says, “the people here are intrinsically motivated to do the right thing”.

That intrinsic motivation shows up in different ways, every day. People at Insight have insight to spot potential pitfalls before they happen. For example, a recent experience of allyship occurred when a teammate in the graphics design department, who happens to be a white male, spotted a PowerPoint slide in a deck he was polishing before it went out for presentation. He suspected the slide could be perceived as offensive to some people. “Am I crazy? Is this something?” he asked Sarah after reaching out. He wasn’t crazy and it was something. Pitfall averted because Insight teammates are well aware they have Diversity & Inclusion resources, including Sarah’s expertise, to turn to when something seems off.

People at Insight not only spot potential pitfalls but are encouraged to identify areas of concern and have what are sometimes difficult conversations with each other in open, respectful forums when they do. One example emphasizing this is a leadership community called Allies in Action that Insight has introduced within the last year, and for which John Dathan has served as an executive sponsor. The group was formed to encourage men to show up as reliable allies for women at Insight and actively promote gender equity through supportive, collaborative relationships and advocacy meant to drive systemic improvements to workplace culture.

“Allies in Action is one way we bring authenticity and meaning to the notion that everyone plays a role and should have a voice in the ‘inclusion’ aspect of Diversity & Inclusion,” adds Sarah. “There are no accolades for allyship, and this type of work doesn’t show up in the P&L statement, we’re just driven by a desire to do right by people.” And yet, with employee engagement and retention better than the industry average, working in a diverse and inclusive culture absolutely contributes to the bottom line.

Insight carries the extraordinary values of “Hunger, Heart, and Harmony” in everything they do, and Enterprising Women is proud to now include them in the Foundation’s sponsorship family.