RALEIGH, N.C., October 19 – Monica Smiley, CEO and publisher of Enterprising Women magazine, has appointed Celeste Ford, Dee M. Robinson and Victoria Woods to the Enterprising Women Advisory Board. All three of these outstanding women have built multi-decade, award-winning businesses, served as influential thought leaders in their fields, and fervently supported women’s professional advancement throughout their careers. As such, they embody the leadership values of Enterprising Women and its network of successful female business owners across North America and globally.

“Celeste Ford, Dee Robinson and Victoria Woods are each phenomenal leaders and role models in their communities. Enterprising Women is proud to welcome them to lend their wisdom and passion to our organization and become ambassadors for our magazine around the world,” said Smiley.

Joining the Enterprising Women Advisory Board are: 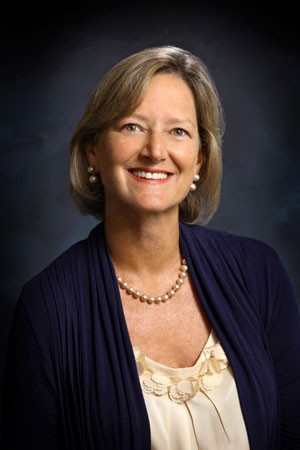 Celeste Ford, Board Chair and Founder of Stellar Solutions, Inc., a Malcolm Baldrige National Award-winning global aerospace and systems engineering services leader solving the most complex issues facing commercial and government clients today. A visionary in talent cultivation and retention, Ford has led Stellar Solutions to its 25th Anniversary year with a mission to deliver high-impact projects and satisfy customer needs by ensuring that the company’s highly trained experts are in their dream jobs.

Stellar Solutions provides key services in the multi-billion dollar marketplace for the development, delivery, and expansion of space exploration, communications and intricate technology connections across multiple frontiers. Of major significance are Ford’s efforts to develop and sustain a culture in which diverse perspectives and skills create a competitive advantage.

As an example, Stellar Solutions’ “Crossing Boundaries” program was an early model of intersectional problem solving that continues to empower each of its 200 employees to draw upon the expertise of peers across the organization and the industries they serve.

In addition to the Malcolm Baldrige Award, the nation’s highest honor for performance excellence and sustainability, and its affiliate California Award for Performance Excellence (CAPE), Stellar Solutions has been recognized for its growth and culture as a Fortune Great Place to Work (2014 – Present), a Top 50 Women-Owned Businesses by the Silicon Valley / San Jose Business Journal, and one of the Fastest Growing Companies of the Bay Area by the San Francisco Business Times.

Her early career included serving as a guidance and control engineer for COMSAT (Communications Satellite Corporation), and project manager with the Aerospace Corporation where her work on NASA’s Space Shuttle Program led to recognition as “Woman of the Year.”

She is a Fellow of the American Institute of Aeronautics and Astronautics (AIAA) and has been a member of the Council on Foreign Relations. She serves on the Board of Simpson Manufacturing and is a Trustee of the University of Notre Dame where she attained her B.S. in Aerospace Engineering. She holds an M.S. in Aerospace Engineering from Stanford University. www.stellarsolutions.com 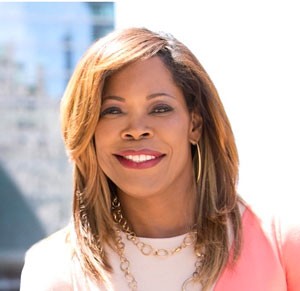 Dee M. Robinson, CEO and President of Robinson Hill, Inc., is an entrepreneurial leader who leverages strategic and analytical thinking to find innovative solutions that scale businesses. The common thread throughout her career is the ability to drive growth by integrating a deep understanding of customers, operations and untapped opportunities. She is lauded for creating value and leveraging talent as a strategic asset. Drawing on her varied experience in food and beverage, retail, consumer products, advertising and banking, she founded Robinson Hill in 1995, a concessions management firm specializing in retail and restaurants at airports and other non-traditional venues. She successfully turned concepts into sustainable revenues and led organization from zero to over 500 people. Robinson has scaled operations while forging successful joint ventures and partnerships that now encompass over 60 airport restaurants and retail stores. Brands and partnerships include notable companies such as Hudson Group, Ben & Jerry’s, Frontera Grill, and Potbelly Sandwich Works.

Robinson serves as a board director for Accel Entertainment, Wintrust Bank, N.A. and PGA REACH. She also served on the Illinois Gaming Board as a gaming industry regulator. She has been recognized as a HistoryMaker, Chicago United Business Leader of Color, Private Company Director Magazine’s Director to Watch, and WomenInc.’s 2019 Most Influential Corporate Director.

Robinson earned an M.B.A. at the Northwestern University Kellogg School of Management and a B.A. in Economics from the University of Pennsylvania. She completed Dartmouth’s Tuck School of Business Building a High Performing Business Executive Education Program. https://www.robinsonhillusa.com/ 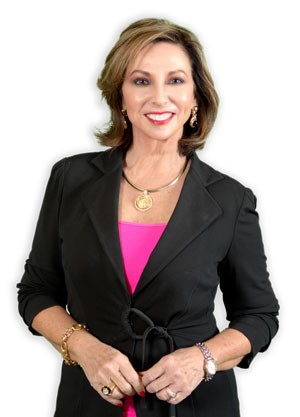 Victoria Woods, Founder, CEO, and Chief Investment Advisor at ChappelWood Financial Services, Edmond, OK, is an internationally celebrated Investment Advisor to Millionaires and Aspiring Millionaires. Woods a.k.a. “The Financial Diva” is a highly sought-out keynote speaker and presenter with a popular radio show and book called “It’s All About The $Money, Honey!” on the iHeartMedia talk station, NewsRadio 1000 KTOK in Oklahoma City, Oklahoma.

Woods was elected as a White House Conference Delegate for President Bill Clinton in 1995, and a member of the President’s Advisory Board. She has served since 2013 as a Governor-Appointed Commissioner for the Oklahoma Status of Women. She serves on the Executive Board and as Finance Chair as a member of the State of Oklahoma Finance Board.

The recipient of numerous awards and recognition's, Woods was named “Best of the Best” by the National Association of Women Business Owners; Business Women of the Year - Girl Scouts; Oklahoma City The Journal Record’s 50 Most Influential Women and Innovator of the Year (as visionary and founder of the 84-acre Financial District of Oklahoma), and was among 24 distinguished leaders from the United States and around the globe who were recognized at the 21st Annual Global Goddess Artemis Award ceremony at the Acropolis Museum in Athens, Greece.

Woods' passion for women's financial well-being has allowed her to pioneer an organization that helps women learn the strategies of investing and finance called Women for Financial Independence. In the Summer of 2020, Ms. Woods dedicated her 25+ years of entrepreneurial experience to write her second book, How to Outsell All the Boys, which has now been released as a successful email challenge available worldwide.

Woods can often be seen as an active financial contributor on Fox News, ABC, NBC, CBS, and local affiliates across the country including Success Today with Bachelor Bob and the Today Show.

Her philanthropic contributions include roles as 2011 Chair of the American Heart Association’s - Go Red For Women, and as a judge in the Mrs. International Pageant, Chair of Celebrating Women. She received the 2016 Community Inspiration Award for her passionate support for the emergency shelter and services provided by YWCA Oklahoma City for women and children victims of domestic violence. Woods also hosts her annual Derby Soiree event, raising funds for Allied Arts that supports approximately 40 local arts organizations.

ABOUT ENTERPRISING WOMEN MAGAZINE:
Enterprising Women, with headquarters in Cary, North Carolina, is the nation’s only women-owned magazine published exclusively for women business owners that chronicles the growing political, economic and social influence and power of entrepreneurial women. The magazine provides a friendly meeting place, a public forum and a national stage for the critical issues confronting women’s businesses and daily lives from the unique perspectives and experiences of entrepreneurial women. Published in both print and digital editions, the online edition of the magazine reaches one million readers in 185 countries. For more information, please visit http://enterprisingwomen.com or call (919) 362-1551.