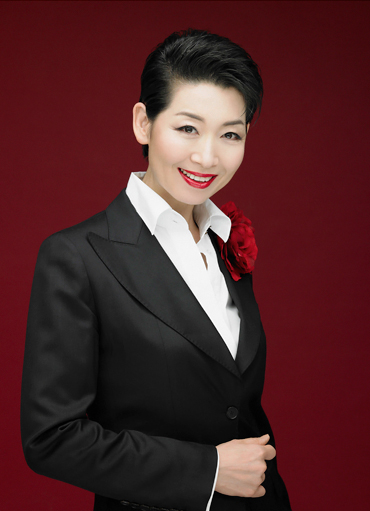 Sung-Joo Kim was inaugurated as the President of the Korean Red Cross in Oct 2014. She is the Chairperson and Chief Visionary Officer of the Sungjoo Group (Korea) and MCM Holding AG (Germany).

She established Sungjoo Group in 1990 and launched premium fashion brands in Korea such as Gucci, Sonia Rikyel, and YSL as well as the products of the largest fashion distribution company based in the United Kingdom, Marks & Spencer. Since the group’s establishment, Kim has been able to develop the company into a recognized enterprise in the Korean fashion industry.

In 2005, the group acquired MCM, a premium leather goods brand born in Germany, and successfully entered into the global luxury brand sector. MCM products are currently being manufactured in both Korea and Italy, and are distributed to about 40 countries worldwide, thereby leading the globalization of the Korean fashion industry.

Sung-Joo Kim established the Sungjoo Foundation in 2009 under its social responsibility and business philosophy, 'Succeed to Serve,' which is also her personal motto. The foundation has actively returned 10% of its net profit back to society, and it has supported about 60 Korean and global nongovernment organizations (NGOs) every year. It has thus supported war victims from Kosovo, the Asia House (United Kingdom), the Victoria & Albert Museum (United Kingdom), and all kinds of cultural and charity endeavors. Sungjoo Group also actively supports women education, to encourage engagement in social and economic activities through the Global Summit of Women Network (GSWN).

Sungjoo Kim has progressively managed her business and global activities under her personal mission of training small and medium enterprises, as well as the youth and women so that they may actively participate in global activities. She has also developed her business to become a role model that portrays the beauty of capitalism through honest and transparent business management. Having drawn the world’s attention, she is now the first Korean woman who is an active member of the APEC Business Advisory Council (ABAC) of the Asia Pacific Economy Council since 2013.