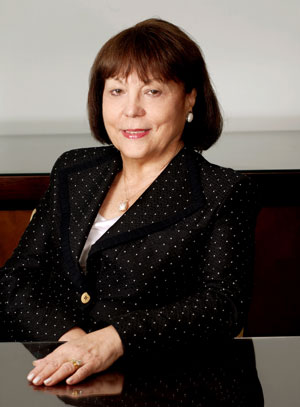 President and Founder Dr. Marsha Firestone is a recognized expert in entrepreneurship and President of the Women Presidents’ Organization. She previously served as a Vice President of Women Incorporated and the American Woman’s Economic Development Corporation (AWED, and National Executive Director of Women’s American ORT. As Executive Director of The Women’s Economic Summit, she led the development of a plan for accelerating growth of women’s businesses which was presented to Congress. She authored The Busy Woman’s Guide to Successful Self-Employment and has published research in various journals. She serves as a frequent guest speaker, and has received numerous awards including the outstanding alumnae of Newcomb College of Tulane University and the Enterprising Women Hall of Fame awards. She was also the recipient of the Committee of 200 Skills to Succeed Award and the WBENC Applause Award. She was an official U.S. representative to OECD in 2003 in Turkey, APEC Women’s Network in Vietnam in 2006 and to the National Women’s Business Council.