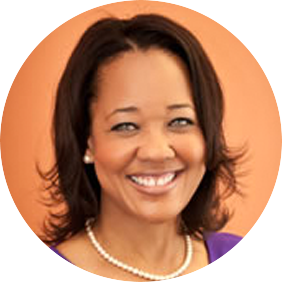 Angela Marshall, MD, FACP, is President and CEO of Comprehensive Women’s Health, Inc., a primary care practice for women with two thriving practiceslocated inthe Washington, DC metropolitan area. Dr. Marshall is a Board Certified Internist and a Fellow of the American College of Physicians.   She began her career as an Electrical Engineer for the CIA after earning a degree from Georgia Tech. Although she enjoyed the field of engineering, she decided to combine her love for science and passion for helping people by pursuing a career in women’s health. Dr. Marshall has received numerous awards, including ‘Top Doctor’ designation from Washingtonian Magazine for two years, and was a 2015 Enterprising Women of the Year awardee. Dr. Marshall has appeared on several news programs including CNN, Fox5 News, and Let’s Talk Live as a contributing health expert. She enjoys encouraging young girls and women to pursue careers in entrepreneurship and STEM fields.