MORE WOMEN ON BOARDS IS BETTER FOR BUSINESS, AND CALIFORNIA IS LEADING THE WAY

One of the principal goals of a public company’s board of directors is to enhance shareholder value, and studies show that more women on boards is better for business.

So why isn’t Wall Street jumping at the opportunity to achieve gender parity? Board entrenchment—independent directors have been sitting on boards for too long. According to a 2016 study by Harvard Law, term limits are in place at only 3% of S&P 500 companies—a decrease from 5% in 2010. And those term limits range from 10 to 20 years. Wall Street is not making room for diversity.

Isn’t it a problem that we know board diversity improves performance, but the market is not correcting itself? Do we wait for the market to self-correct? A 2015 study by the United States Government Accountability Office estimated that if women continue to join corporate boards at their current rate, it will take more than four decades to achieve 50% female representation on public company boards.

The market cannot afford for us to wait 50 years. We need to take proactive measures now, and California has done exactly that. On September 30, 2018, Governor Jerry Brown signed a law, Senate Bill 826, mandating female representation on corporate boards. Germany, France, Spain, Norway, the Netherlands, and other European countries have similar laws, but California became the first state in the U.S. to take that step.

Why We Need More Women on Corporate Boards
Studies show diverse corporate boards lead to better decision making and improve business performance financially. A study by McKinsey & Company found that diverse boards perform better than their less diverse counterparts. The study looked at the executive board composition, returns on equity (ROE), and margins on earnings before interest and taxes (EBIT) of 180 publicly traded companies in France, Germany, the United Kingdom, and the United States over the period from 2008 to 2010. The study found that companies with top quartile diversity (defined as women and foreign nationals) on their executive boards generated returns on equity that were 53% higher, on average, than companies in the bottom of the diversity quartile. Those more diverse businesses also generated a 14% higher EBIT (earnings before interest and tax), on average.

A 2017 study by MSCI found that U.S. companies that began the 5-year period from 2011 to 2016 with three or more female directors reported earnings per share that were 45% higher than those companies with no female directors at the beginning of the period.

In 2014, Credit Suisse found that companies with at least one woman on the board had an average return on equity (ROE) of 12.2%, compared to 10.1% for companies with no female directors. Additionally, the price-to-book value of these firms was greater for those with women on their boards: 2.4 times the value in comparison to 1.8 times the value for zero-women boards.

California Takes Action
How do we get companies to do what is right for shareholders? Enter GovernorBrown. SB 826 requires public companies with principal executive offices in California to meet certain gender-inclusion requirements on their boards, based on a tiered system.

All publicly held corporations have to have at least one woman director by December 31, 2019. By the end of 2021 companies must meet the following requirements:

The California Secretary of State will publish names of compliant and non-compliant companies annually. Failure to comply with the new law by the end of 2019 (or 2021 for larger boards) will lead to fines of $100,000 for a first violation and $300,000 per violation in subsequent years.

The California Chamber of Commerce and a coalition of other businesses opposed the bill. They argued the mandate is unconstitutional and a violation of California’s civil rights statutes. Business groups also questioned the legality of the state’s reach, if the new law is enforced against corporations incorporated outside of California solely because their headquarters are located in California.

“I don’t minimize the potential flaws that indeed may prove fatal to its ultimate implementation,” Gov. Brown wrote in a signing statement. “Nevertheless, recent events in Washington, DC―and beyond―make it crystal clear that many are not getting the message.”

European Countries Are Already Taking Action
A number of countries in continental Europe have already taken action. France, Spain, Norway, and Iceland already require public companies to have at least 40% female board representation. Similar requirements exist in Italy (one-third), Germany (30%), the Netherlands (30%, nonbinding), and other countries.

Investors Are Beginning to Get on Board
Some public and private investors are also starting to get it. BlackRock, the world’s largest asset manager, with $6.3 trillion in assets under management, stipulated in its Proxy Guidelines for 2018 that it “expects to see at least two women directors on every board.” Vanguard, with more than $5 billion in assets under management, did not assign a metric, but nevertheless advocated for gender board diversity, noting in its Open Letter to Directors of Public Companies Worldwide that its position on board diversity is “an economic imperative, not an ideological choice.” The California’s Public Employees Retirement System now requests that companies disclose their diversity policy. The New York State Common Retirement Fund, with $192 billion in assets held in trust and the third largest pension in the country, announced in March that it would vote against electing all of the directors standing for reelection at the more than 400 companies without women board members in which it holds shares.

Whether SB 826 survives judicial scrutiny or not, the reality is that to get more women on boards, action is needed. California’s law is a step in the right direction. Investors are starting to demand diversity because it is good for their bottom line. We need the government and the market working together to make change. 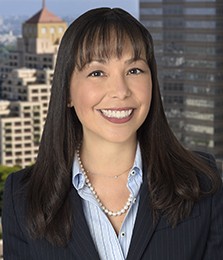 Belinda Martinez Vega is a partner in Venable LLP’s Commercial Litigation Practice in the Los Angeles office. She focuses her practice on complex commercial business litigation and corporate internal investigations.