The Brightest Minds in Magazine Media Celebrated at the Folio: 100 - Monica Smiley named to Folio:100 List 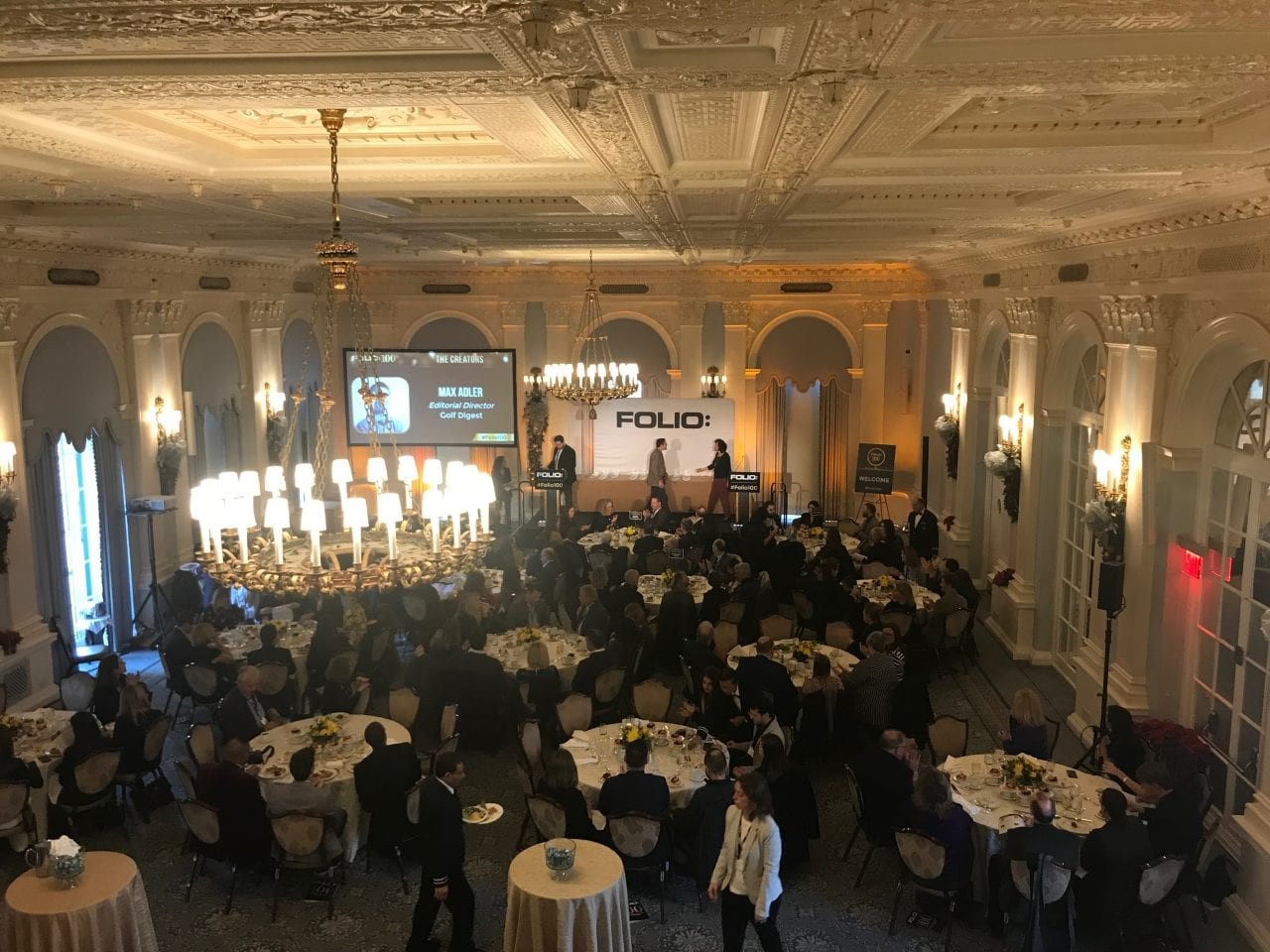 NEW YORK – The Grand Ballroom of The Yale Club in Manhattan was packed with some of magazine media’s brightest minds on Thursday to celebrate Folio:’s list of the top 100 innovators, entrepreneurial thinkers, and industry-disruptors from over the past year.

The annual list, which is comprised of the best thought-leaders from the industry, and recognizes them for the tangible impact they’ve had in their jobs, on their companies and brands, or on the industry at large. Representing every sector of magazine media, including consumer, b2b, regional, enthusiast, and association, the honorees set a theme of thanking their hard-working teams and bosses who allowed them to execute their ideas.

“We had a terrific year and for that we have an amazing team that shows up every day to reveal the truth and grow consumer power,” said president and CEO of Consumer Reports Marta Tellado, who is responsible for transforming one of the most trusted resources by leveraging its rigorous research.

This year, the list includes C-level visionaries, such as Condé Nast’s first chief data officer, Karthic Bala, who has worked diligently to strengthen the 109-year-old company’s focus on data and analytics, and founder and chief business officer of InFluential Magazine William Jackson, who created a portfolio of award-winning publications that reach millions readers every issue.
“We’re doing really exciting things and taking an iconic publishing company and really transforming it for this new digital age that we’re all learning how to understand,” said C-suite honoree, Alec Casey, who serves as CMO of Trusted Media Brands.

Also on the list were senior executives, including the new SVP and publisher of one of the highest profiting magazines in the industry, Cece Ryan; Yankee Magazine’s VP and publisher Brook Holmberg, who successfully transformed a regional publication into a national brand; and Meredith’s VP of brand licensing, Steven Grune, who oversees of all of Meredith’s licensing activities, spanning more than 60 partnerships.

Doug Olson, president of Meredith Magazines and one of the executive honorees, said in his acceptance speech, “We had a really good year last year, but I promise you, the best is yet to come.”

The strategists on the list are those who have worked over the past year to grow their brands and companies through new revenue streams and with innovative ideas. Included in this category are Adam Krefman, senior director of festivals and activations at Pitchfork, who has taken the Pitchfork Music Festival Chicago to new heights year-over-year by maxing out every inch of Union Park; Joann Kropp, Informa Engage’s VP of global data solutions, who is a visionary in the audience monetization space; and Bustle Media Group’s Kate Robinson, who, as the SVP of content distribution and partnerships, has brought video to the forefront of her division.

“I want to thank Hearst, who always lets us try new things and take risks,” said strategist honoree Patrick Varone, who is the VP of audience development at Best Products.

And to round out the list are the industry creators who work to reach the hearts and minds of millions of readers around the country and the world. From video producers like David Popp at the enthusiast video magazine MR Video Plus, to the newly appointed, digital-minded editor-in-chief of a major women’s lifestyle and fashion magazine Cosmo, Jessica Pels, these creators know what it takes to stay competitive in the crowded media space.

Congratulations once again to all of the honorees in year’s class of the Folio: 100! Read all about the 100 honorees here.