THE CONTAGION OF CURIOSITY: A STEMpreneur’s Journey 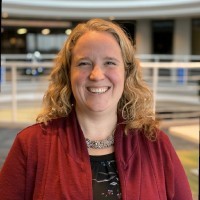 Stephanie Thompson, STEMpreneur Extraordinaire.
“Spiders are cool,” thought seven-year-old Stephanie Thompson who was encouraged by her father to inspect and appreciate the arachnids. That same curiosity has led Stephanie throughout her career. Today, this successful STEMpreneur, Engineering Leader at General Motors, First Robotics Mentor and Founder of STEMwithSTEPH, a popular lay-women social gathering, uses curiosity as a contagion to inspire the wonder and beauty of science.

The Canadian YEW event hosted over 180 attendees, included fun and engaging games, (STEMmazing Race anyone!?) and heard from an outstanding panel of four women well established in their STEM careers. Well-organized television and newspaper coverage of the event attracted a record-breaking number of attendees and essay writing high school girls who vied for their chance to win the scholarship to attend the 20th Annual Enterprising Women Gala, now scheduled for October 2020.

• Make it FUN! Goodie bags, swag, and ice breaker bingo games.
• Partner with a venue who benefits from exposure. Brock University, the school that hosted the Canadian event launched their new engineering school and used the event to attract incoming students.
• Give exposure to other organizations who benefit. First Robotics, Scientists in School and other STEM-related organizations were invited to the YEW event and promoted it on their social medica channels.
• Go after the parents and school boards. Twitter lit up in the Niagara region as all science teachers, department heads and principals liked and retweeted.
• Consistent message in social media. A concise but thorough press release goes a long way to a good, branded message in the media.

Want to reach girls for STEM? Go After the Mothers 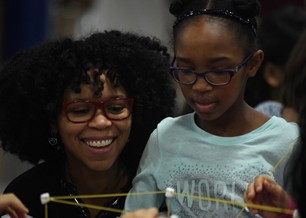 Stephanie discovered that many women have an untapped interest in science. Building on this was key to the success of her STEMwithSTEPH workshops.

Her brainchild was a girls-night-out type event that had women of all ages explore science. Stephanie’s engaging style made everyone feel welcome and empowered girls, their mothers, and grandmothers in a comradery type environment where they learned about robotics, environmental science, automobiles and the chemistry of wine making. The hands-on scientific experiments were so popular every month was a sell-out event.

Battling the Imposter Syndrome
An engineering graduate of the prestigious University of Waterloo in Canada, Stephanie remembers thinking, “I’ll just stay here until I fail out.” She stayed. Semesters passed, she excelled, but somehow that nasty little voice in our head can remain. 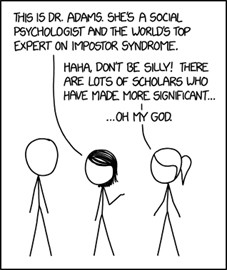 It is one thing to have curiosity, another to battle an internal imposter syndrome. Women tend to need to be told several times that they can do something, and even then they fight an internal dialogue that is born of this imposter syndrome. Not feeling good enough or that they somehow ‘got here’ by mistake is something Stephanie and other STEM mentors see all the time.

“We’ve got a long way to go to battle this syndrome,” says Thompson, “we’re not where we were, nor where we should be, but with the proper cultivation of curiosity and compassion, we’re going to lead a new generation of female STEMprenuers who will embrace the wonder and excitement of scientific discovery.”

She is passionate and ambitious not just because getting more women in STEM is clearly for the betterment of society but because her four-year-old daughter watches her. Amelia is interested in everything science and also happens to think spiders are cool. They are. 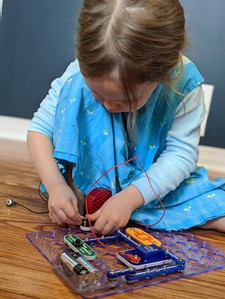 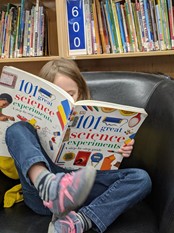 CP Skilled Trades
A professional engineer, Stephanie Thompson has led engineering teams at General Motors on major capital projects to manufacture engines and transmissions for 20 years. In 2019, Stephanie launched Women in STEM Experiences, to break down STEM barriers for women. This year her plan is to continue to grow her new brand, STEM by Steph. She and her family are avid travellers and have visited exotic destinations like Morocco and China.