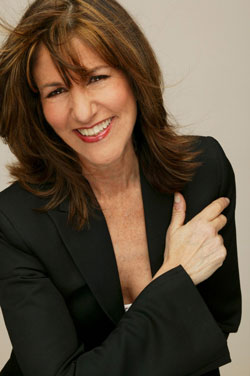 Kay Unger is a fashion designer, entrepreneur and philanthropist based in New York. For more than forty years, her flattering, feminine looks have made her one of America’s most popular designers for first ladies, anchorwomen, business women, partygoers and bridal parties.

After graduating from Parsons School of Design, Kay entered the fashion world in 1968 as a design assistant to Geoffrey Beene. Two years later, she founded her own dress firm, Kay Unger – the first of several successful global fashion concerns she both founded and managed, including The Gillian Group, A.J. Bari, Kay Unger New York, Kay J’s Pajamas and Phoebe Couture. In 2012, she formed Kay Unger Design as a means of focusing her boundless energy on unique design projects that benefit from her creative and leadership skills. Kay currently consults for Line in the Sand, a protective and active waterwear company committed to donating 100% of their profits to ocean and cancer organizations and ASTOURI, a women’s ready-to-wear apparel brand merging community pride with women's apparel and accessories..

Kay currently serves on the Board of Directors for The New York Stem Cell Foundation (NYSCF) and the Executive Board for Retailers United. She is actively involved as a project champion and board member for the Promise Project, a longtime board member of The New East End Chapter/Jeanne Kaye League, the New York City based volunteer fundraising group for the City of Hope. Additional service activities include President of Fashion Group International, member of the Council of Fashion Designers of America, founding member of C200, first woman on The Boys and Girls Club of America’s Board of Directors. Kay was the recipient of the City of Hope’s Spirit of Life® Award in 2019, Girls Inc.’s first She Knows Where She’s Going Award in 1985 and the Human Relations Award for the Women’s Campaign for American Jewish Committee in 1996.

Born and raised in Chicago, Kay has lived in New York throughout her career; she currently lives in SoHo with her partner, David Rubin. She has two sons and six grandchildren.