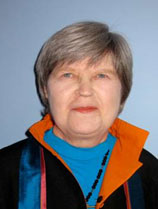 Quantum Leaps’ CEO has been a trailblazing advocate for women’s entrepreneurship for several decades. In the 1980s, she was Vice President for Public Policy for the National Association of Women Business Owners (NAWBO) in the United States, and subsequently its National President. She was also one of the three primary architects of the Women’s Business Ownership Act – referred to as “the Big Bang of women’s entrepreneurship” in the US – which became law in 1988.

Ms. Littlejohn is a judge for the Women in Business Awards for the UN Conference on Trade and Development (UNCTAD), and for five years she served as Chair of the North American Jury for the Cartier Women’s Initiative Awards. She has been inducted into the Enterprising Women Hall of Fame, and has won numerous awards, including the US Small Business Administration’s first Women in Business Advocate of the Year Award; NAWBO’s Susan Hager Legacy Award; the WBENC Applause Award; the Priyadarshini Award from the Federation of Indian Women Entrepreneurs (FIWE); and Lifetime Achievement Awards from The International Alliance for Women (TIAW) and the America-China Business Women’s Alliance.

In addition to her advocacy efforts, Ms. Littlejohn has served as CEO of the Global Enterprise Group and as Chairman of TradeBuilders, Inc., which created the world’s first virtual trade mission in 1998. She and her husband have two sons, one in Portugal and one in Vietnam, and a granddaughter in Vietnam, where they now live.