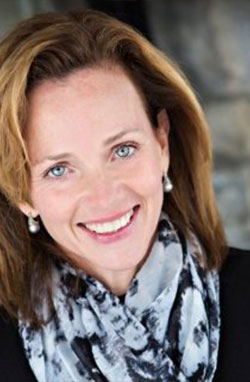 Nancy Watt, Founder and CEO, Nancy Watt Communications, is a skilled speaker, facilitator, and improviser. Introduced to Monica Smiley and Enterprising Women in 2016, Watt delivered a STEM event in support of the Enterprising Women Foundation’s Young Enterprising Women (YEW) Program, making YEW officially an international event. Since then, the Canadian YEW STEM events have taken on a life of their own and are gaining traction every year. In March, 2020, over 180 participants attended Brock University to listen to four outstanding women already well established in their STEM careers.

Watt has delivered dynamic and engaging applied improv workshops to the YEW scholarship winners every year at Enterprising Women of the Year Awards Celebration & Conference every year since 2016.

The currency of comedy allows Watt to engage the audience and explain the social science of communication, connection and collaboration. Using the tools and techniques of improv, this pracademic approach builds teams that work a lot like the theatrical ensemble.
It is unique and unconventional training that delivers impactful results. Her work is referenced in academic papers for pedagogical experiential learning.

She’s a graduate of Second City’s Improv and Comedy Sketch Writing Conservatory Programs in Toronto and Chicago. Trained in Positive Psychology and the neuroscience of human flourishing, she delivers a program called, H.A.P.P.I.E., How to Apply Positive Psychology Improv Exercises.

She is Associate Producer of the documentary, ‘Act Social’, starring actor Colin Mochrie from the television show, ‘Whose Line Is It Anyway’. This documentary examines how Applied Improvisation is used in interesting venues for conflict resolution.