WASHINGTON, D.C. (January 26, 2016) – Women Impacting Public Policy (WIPP) and Personal BlackBox (PBB) announced today that they are partnering with leading women business organizations to launch an online campaign called WE Decide 2016 which aims to engage women in business to raise their voice on the issues that matter most to them, their families and their business from now through November 2016. The campaign gives women control of their personal data and a safe place to express opinions privately with peers. Unlike other polling and survey sites, the information women share with WE Decide 2016 will never be sold to anyone. Personal BlackBox allows women to track and view how they have responded to polls and surveys throughout the entire election year.

With female presidential contenders from both the Democrat and Republican parties, the 2016 election is shaping up to be another historic battle in pessimism vs. optimism. According to a national online survey of women in business, three-fourths (75%) of the respondents are dissatisfied with the job that Congress is doing to address issues that are impacting women and women business owners, yet 63 percent are hopeful for the future of our country. However, nearly half (48%) of respondents feel that if a male president is elected, they will not receive the same access to economic opportunities and climate for success as they would if a female president were elected.

“Female voters will have immense power this presidential election,” said Kristie Arslan, executive director of Women Impacting Public Policy (WIPP) and small business owner. “It is time for women in business to unite to influence key economic issues and bring those issues to the forefront of the presidential debate to secure our own economic independence and success.”

Working collaboratively with leading women’s business organizations, WE Decide 2016 aims to educate the candidates, the media and voters on the issues of importance to women entrepreneurs this election season. The mission of WE Decide 2016 is to galvanize more than 100,000 women to take part in the WE Decide 2016 platform to confidentially voice their needs, opinions and ideas.

“PBB believes that it is critical for people to voice their opinions and engage freely in the political discussions without exposing themselves to being identified, analyzed and targeted without their consent or knowledge. For that reason, we created the personal polling stations for women in business to have a private and secure place to express their opinions and raise their voices to influence candidates and bring about positive results for all,” said Nell Merlino, Founding Chairwoman of the PBB Trust.

Benefits of a Personal Polling Station

Women in business can visit the WE Decide 2016 website – www.WEDecide2016.org – to take quick polls on hot topics on the campaign trail, learn about the presidential candidates’ positions on key issues, participate in our “Tell Us!” section to express their unique perspective on the challenges they face and unlock their personal polling station to share their opinions via issue surveys on an array of topics. Participants can also engage via social media, share their quick poll responses or the results of WE Decide 2016 surveys with candidates and their network by utilizing the hashtag #WEDecide2016.

WE Decide 2016 participants can also learn about breaking election news and get advice on how women can get involved in the political process and become an advocate for the issues impacting their businesses. The WE Decide 2016 Profiles highlight the personal story behind the issues, allowing visitors to hear directly from women in business on what matters to them, their businesses and their families.

The main distinction between WE Decide 2016 and other online polling platforms is that it allows women to unleash their voices while controlling their own data at the same time. T his empowers women with valuable data and insights on what other women in business find most important in the 2016 election. With the anonymous polling data, WE Decide 2016 will take collective wants, needs and opinions directly to the candidates to influence future policies.

Leveraging insight, secure poll data and user comments, WE Decide 2016 will publish a Women in Business Policy Priorities report prior to the national conventions to encourage political parties and their candidates to prioritize and discuss issues of significance to women entrepreneurs.

Women Impacting Public Policy (WIPP) is a nonprofit, membership organization working to increase the economic power and public policy clout of women business owners by providing business skills education, leadership opportunities for business and personal growth, and a seat at the table amongst policymakers in Washington, D.C. Founded in 2001, WIPP is recognized as a national, nonpartisan voice for women entrepreneurs advocating on behalf of its coalition of over 4 million businesswomen including 78 business organizations. Visit www.WIPP.org to learn more about WIPP.

Personal BlackBox(PBB) is a digital marketing solutions company that provides platforms and services to build transparent, productive and private data relationships between companies and people. Companies are freed of the liability and risks associated with consumer data because the PBB Trust puts ownership and control of personal data in the hands of people. PBB has built an enterprise scale platform that allows companies to build apps and campaigns that connect to consumer data for analysis through a series of APIs-without ever allowing the customer’s data out of the system. PBB, which is a Public Benefit Corporation, operates in tandem with the PBB Trust, an entity designed to safeguard personal data with personal data independence standards, security and protocols. For more information or to join PBB, go to www.pbb.me . 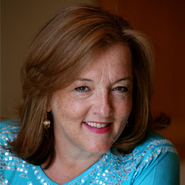 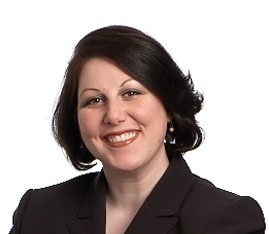