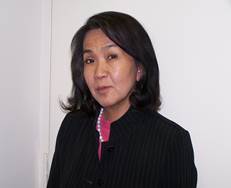 Bonnie Wong is the founder and President of Asian Women In Business (AWIB), a national non-profit organization for Asian women entrepreneurs and professionals. Under Ms. Wong’s leadership, AWIB is known as an innovative and proactive force in the community; and promotes leadership and business development in the Asian American community.   Ms. Wong is frequently featured or quoted in the media, including the Wall Street Journal, The New York Times, Newsday, Crain’s, Working Mother Magazine, Christian Science Monitor, all the major networks, and numerous Asian media outlets.

Prior to her present position, Ms. Wong was a small business owner for over 10 years. Before joining the ranks of entrepreneurs, she held executive positions at various government agencies. Ms. Wong is a member of the Multicultural Audience Development Initiative of the Metropolitan Museum of Art; member of the Board of Trustees of the Museum of the City of NY (reppresenting Scott Stringer); member of the Diversity Advisory Board of Ogilvy & Mather; member of Mayor deBlasio's Advisory Council on MWBEs and member of NYC Comptroller Scott Stringer's Advisory Council on Economic Growth.  Formerly, she was part of the Deloitte and Touche Diversity Board; the Advisory Council of the NYC Small Business Services; the MWBE Committee of the NY Sports and Convention Center; and board member & co-founder of the Chinatown Partnership LDC.  Her prior associations include: Transition Committee Member, John Liu (NYC Comptroller) and Michael Bloomberg (NYC Mayor); Commissioner, NYC Commission on the Status of Women; Vice Chair, National Women's Political Caucus; President, Asian Pacific Women's Political Caucus; Vice President, Manhattan Women's Political Caucus and more.