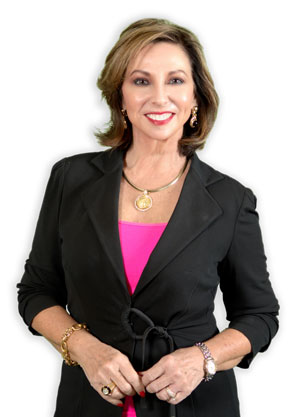 Victoria Woods, Founder, CEO, and Chief Investment Advisor at ChappelWood Financial Services, Edmond, OK, is an internationally celebrated Investment Advisor to Millionaires and Aspiring Millionaires. Woods a.k.a. “The Financial Diva” is a highly sought-out keynote speaker and presenter with a popular radio show and book called “It’s All About The $Money, Honey!” on the iHeartMedia talk station, NewsRadio 1000 KTOK in Oklahoma City, Oklahoma.

Woods was elected as a White House Conference Delegate for President Bill Clinton in 1995, and a member of the President’s Advisory Board. She has served since 2013 as a Governor-Appointed Commissioner for the Oklahoma Status of Women. She serves on the Executive Board and as Finance Chair as a member of the State of Oklahoma Finance Board.

The recipient of numerous awards and recognition's, Woods was named “Best of the Best” by the National Association of Women Business Owners; Business Women of the Year - Girl Scouts; Oklahoma City The Journal Record’s 50 Most Influential Women and Innovator of the Year (as visionary and founder of the 84-acre Financial District of Oklahoma), and was among 24 distinguished leaders from the United States and around the globe who were recognized at the 21st Annual Global Goddess Artemis Award ceremony at the Acropolis Museum in Athens, Greece.

Woods' passion for women's financial well-being has allowed her to pioneer an organization that helps women learn the strategies of investing and finance called Women for Financial Independence. In the Summer of 2020, Ms. Woods dedicated her 25+ years of entrepreneurial experience to write her second book, How to Outsell All the Boys, which has now been released as a successful email challenge available worldwide.

Woods can often be seen as an active financial contributor on Fox News, ABC, NBC, CBS, and local affiliates across the country including Success Today with Bachelor Bob and the Today Show.

Her philanthropic contributions include roles as 2011 Chair of the American Heart Association’s - Go Red For Women, and as a judge in the Mrs. International Pageant, Chair of Celebrating Women.  She received the 2016 Community Inspiration Award for her passionate support for the emergency shelter and services provided by YWCA Oklahoma City for women and children victims of domestic violence. Woods also hosts her annual Derby Soiree event, raising funds for Allied Arts that supports approximately 40 local arts organizations.